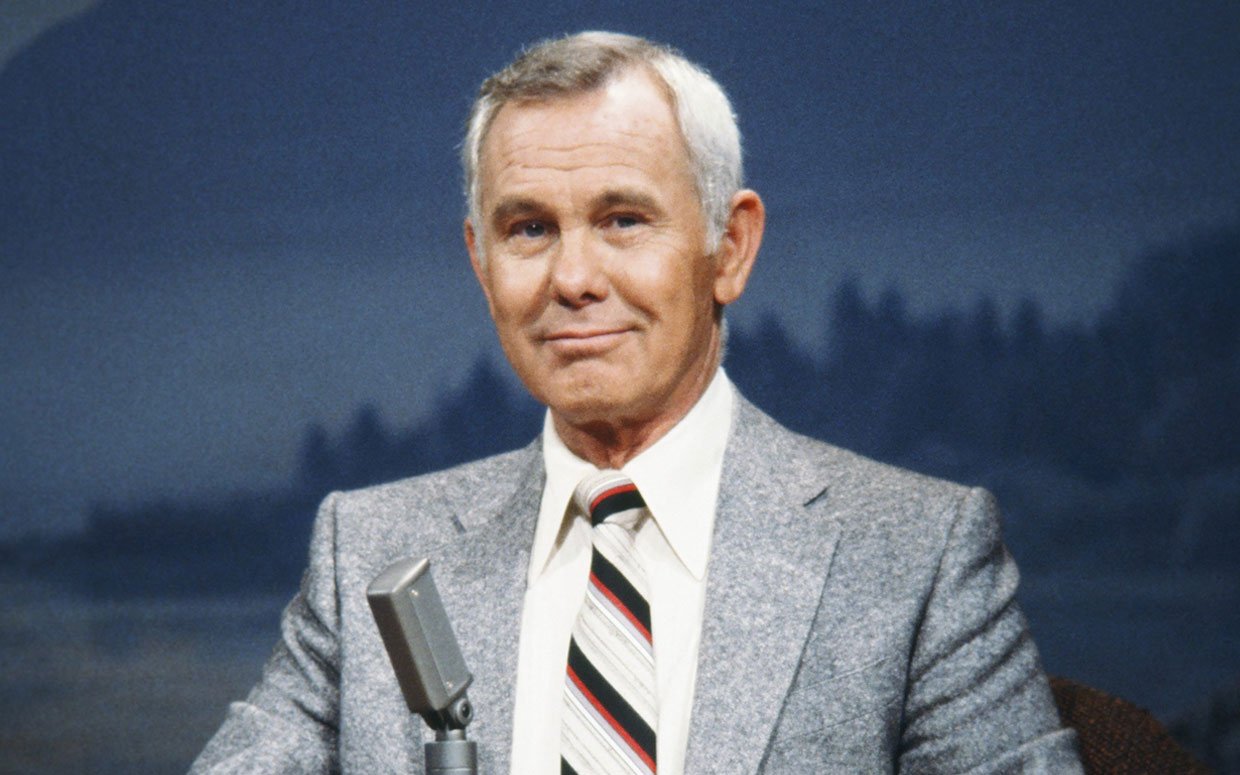 John William Carson (October 23, 1925 – January 23, 2005) was an American television host, comedian, writer, and producer. He is best known as the host of The Tonight Show Starring Johnny Carson (1962–1992). Carson received six Emmy Awards, the Television Academy‘s 1980 Governor’s Award, and a 1985 Peabody Award. He was inducted into the Television Academy Hall of Fame in 1987. Carson was awarded the Presidential Medal of Freedom in 1992 and received a Kennedy Center Honor in 1993.[1]

During World War II, Carson served in the Navy. After the war, Carson started a career in radio. Although his show was already successful by the end of the 1960s, during the 1970s, Carson became an American icon and remained so even after his retirement in 1992. He adopted a casual, conversational approach with extensive interaction with guests, an approach pioneered by Arthur Godfrey and previous Tonight Show hosts Steve Allen and Jack Paar. Former late-night host and friend David Letterman has cited Carson’s influence.[2]